Population – zero, time zones – everything – with such incredible facts you can start a story about the most difficult to reach continent of the planet – Antarctica. The southern ice cap of the Earth is truly a unique place: the temperature here rarely rises above -20 ° C, so polar explorers do not divide the weather into “plus” and “minus”: “temperature – thirty” automatically means “below zero”. Human presence in Antarctica is almost an absolute minimum: in the “high season” (read: when you can survive here), about four thousand researchers live and work here, in winter their number is reduced to a thousand. Such fantastic conditions of existence and the history of the development of the continent, full of tragic events, could not but attract the attention of travelers and, of course, travel agents to Antarctica. Antarctic cruises, extreme trekking, South Pole – these are the objects of tourist interest in Antarctica.

A bit of geography

Antarctica is the southernmost continent of the Earth; The South Pole is located almost in the very center of the mainland. Unlike the Arctic, which is not a continent in the strict sense of the word (it is just an accumulation of ice floating along the waters of the Arctic Ocean), Antarctica is not only a real continent, but also the highest landmass on the planet: the height of its surface above sea ​​level varies from 2 to 4.8 km (recall: the height of Mont Blanc is 4810 m). True, there is not much land here: the continental relief is hidden by a permanent ice sheet, the thickness of which is from 2.5 to 4 km, and only less than 1% of the area of ​​Antarctica is ice-free.

Given the extremely difficult climatic conditions in Antarctica, tourism here is completely dependent on the season and is possible only for a few months of the year.

There is about ten times more ice in Antarctica than in Greenland – 90% of all the ice on the planet is concentrated here. Among other things, the Antarctic glaciers contain about 80% of all fresh water on Earth – and if they suddenly melted, the level of the world’s oceans would immediately rise by 60 meters.

The closest “mainland” to Antarctica is Argentina; Antarctica cruises and tours to Antarctica and the South Pole depart regularly from the southernmost city on the planet Ushuaia.

Antarctica is a territory that does not belong to any state in the world, despite the fact that the leading powers regularly voice their territorial claims. The presence in the region is carried out by twelve countries – their flags can be seen at the South Pole.

Antarctica is located in the southern hemisphere, so winter and summer here coincide with ours exactly the opposite. The winter season in Antarctica runs from March to August, and the summer season runs from September to February. The polar night lasts here from April 23 to August 20 and coincides with the absolute minimum temperature. The peak of the polar day falls on December-January: then the sun does not hide behind the horizon at all, and even when the clock says that it is a dead night outside, the Antarctic landscapes shine dazzlingly under the bright rays of the sun.

To say that Antarctica is cold is an understatement. It was here that the absolute minimum temperature on the planet was recorded: -89.2 ° C. It happened in July 1983 at the Soviet Vostok station, which today continues to be the only inland Russian station in Antarctica.

The average air temperature in the Antarctic winter ranges between -60 °C and -75 °C, reaching -80 °C on some days. Combined with the polar night and winds blowing around the clock, carrying a large amount of the smallest snow dust, this makes the continent almost unsuitable for visiting. In practice, because even in these most difficult conditions, life at the polar stations does not stop: at Vostok, for example, about 25 researchers spend the winter every year. However, on the coast of the mainland, the temperature is not so deadly: from -8 ° C to -35 ° C, depending on the area.

Summer in Antarctica is more comfortable – “only” from -30 ° C to -50 ° C in the interior and at the South Pole. And on the Antarctic Peninsula (the closest point of the continent to Argentina) and the islands, there are almost Moscow winter 0… -7 ° С.

Given the extremely difficult climatic conditions in Antarctica, tourism here is completely dependent on the season and is possible only for a few months of the year. In general, this is the period from November to March, however, certain types of tours to Antarctica are held only at the “crown” of the southern hemisphere summer.

Cruises to the near-Antarctic regions (South Shetland and Falkland Islands, the South Georgia Archipelago, the Antarctic Peninsula and the continental seas) are held from November to March. Cruises in the eastern part of Antarctica, where the huge Ross Ice Shelf and memorable places dedicated to the history of the conquest of the mainland are located, are available in January-February, when the ice melts here. Conquest of the South Pole by plane (option: by plane and skis) is possible only at the peak of the Antarctic summer – in December-January.

Antarctica is the region of Antarctica itself and the islands adjacent to it. The vast geography and milder climate compared to the inland climate make it possible to conduct tours here during the five summer Antarctic months. Cruises depart from Ushuaia and travel through the Drake Passage to Antarctica. On the way – stops in the South Shetland Islands, landings on the Antarctic Peninsula, observation of penguins, seals and polar birds. Cruises in Antarctica are a great way to master other outdoor activities, adjusted for the exotic landscape: try your hand at climbing glaciers and kayaking among icebergs, spend the night in a tent right on the ice of Antarctica, and even scuba dive into the fascinating underwater ice worlds.

East Antarctica is the most remote, harsh and extremely picturesque region of the continent. The Ross Sea and the Ross Ice Shelf, which for many years was considered an insurmountable border to the interior of Antarctica, keep the history of the tragic attempts to conquer the mainland. Cruises to this region are held only two months a year – in January and February, when the expanses of water are ice-free. The point of departure is the point of the “mainland” closest to East Antarctica – New Zealand. The duration of the cruise is just over a month, on the way back the ship returns to New Zealand, or follows further along the coast of Antarctica to Ushuaia. The mass of islands and capes, kayaking in the sea and landing on glaciers – this is the most intense expedition in terms of impressions to Antarctica.

To say that Antarctica is cold is an understatement. It was here that the absolute minimum temperature on the planet was recorded: -89.2 ° C.

To Antarctica by plane

A flight tour to Antarctica is an extremely convenient way to visit the icy continent, although less spectacular than a full-fledged cruise. The main “Antarctic” airport is located in Punta Arenas. In Antarctica, aircraft receive several airfields, the most popular are the airfields of the Chilean Frey station and the Russian Bellingshausen. in the South Shetland Islands. Due to the fact that the capricious Drake Passage is overcome by air, the travel time to Antarctica is significantly reduced: two hours in the air as opposed to four days by sea. Otherwise, however, the route does not change: tourists are waiting for a cruise around the Antarctic Peninsula and the South Shetland Islands on board an expedition ship, landing on the continent, boat trips to icebergs and glaciers, enjoying incredible views of bays, islands and bays. Then the ship will take travelers to the point of departure – and the return journey to Punta Arenas will follow.

The coveted lowest point of the Earth, the South Pole is visited by no more than a hundred people a year. You can get here by plane (via the American or Russian camp in Antarctica) or do the rest of the way on skis, like Amundsen and Scott. The planes take off from the Chilean Punta Arenas or from Cape Town (South Africa) and land in the first case at the American base “Union Glacier” or, in the second, at the Russian polar station “Novolazarevskaya”. From there, you have to travel to the South Pole on light aircraft, which, in turn, land almost directly on the lower “navel” of the Earth, at the airfield of the American Antarctic polar station, from which it is a 10-minute walk to the geographic South Pole.

Extreme polar explorers will be able to overcome the remaining section of the path from Union Glacier or Novolazarevskaya to the Pole on skis (about a day and a half on the way with an overnight stay in a tent).

In terms of enjoying the natural landscapes and wildlife of Antarctica, this tour is rather poor in terms of impressions. The landscapes, of course, are the same, but it is unlikely that you will be able to get acquainted with representatives of the fauna – animals live on the coasts of Antarctica and reach polar stations, and even more so they do not reach the South Pole. The difficulty of traveling to the South Pole is mild to moderate, unless we are talking about ski trips. But the cost is not very encouraging: today it is the most expensive tour on the planet, the price of tours to the South Pole starts from 45 thousand USD. 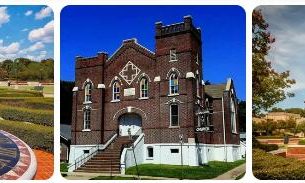 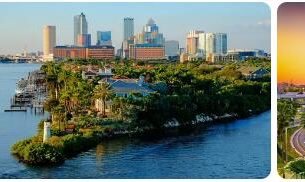