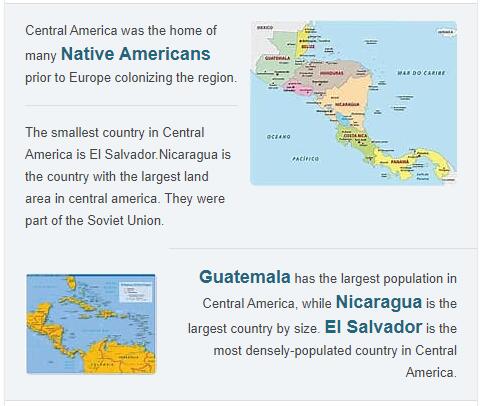 Central America is a region from the Isthmus of Tehuantepec to Panama, geographically located on the territory of North America.

The population of the region is made up of the indigenous inhabitants of the region (Indians), the Spaniards who settled Central America during the colonization, and the Africans who have remained here since the time of slavery. The main language of the region is Spanish.

How to get there

There are no direct flights from Russia to the countries of Central America; planes fly with connections in Europe and / or the USA. When traveling to smaller countries (for example, Belize), an additional connection may be required in one of the nearby countries – in Mexico or Cuba.

This region is located in the tropical and subequatorial climatic zones. The temperature at any time of the year fluctuates from only +22 to +28 °C, at altitudes from 1000 m the temperature is 5-8 degrees lower, so Central America remains a popular tourist destination all year round.

History of the region

People began to inhabit the lands of Central America about 15 thousand years ago. Before Europeans discovered these territories, representatives of several Indian cultures lived here: the Olmecs, Mayans, Toltecs and Aztecs. After Columbus discovered America, European treasure hunters poured in here. In 1510, the Spanish conquistador Vasco de Balboa founded the colony of Panama and became its governor. And when in 1519 Hernan Cortes conquered the capital of the Aztecs, one of the richest countries in the world ceased to exist, becoming just one of the provinces of Spain. At the end of the 17th century, Britain, France and Holland entered the struggle for the territories of Central America. But when the European powers went to war with each other in 1811, an uprising broke out in the American provinces: the settlers demanded independence from Europe.

This geographical area, not being a mainland, is considered a separate part of the world, partly because of its history.

Territories united in unions, departed to one or another state. After the collapse of the First Mexican Empire in 1823, which included part of the Central American lands, for 17 years there was a separate state here – the United Provinces of Central America or the Federation of Central America. It included Guatemala, Honduras, El Salvador, Nicaragua, Costa Rica and Los Altos (now these are the territories of Guatemala and the Mexican state of Chiapas).

After the civil war in 1838-40. The federation collapsed. The countries that were part of it became independent, but several more times, until the 1920s, attempts were made to unite them again into one state. They received sovereignty at different times, for example, Panama from Spain and Colombia – in 1903, and Belize from Great Britain – only in 1981.

According to Countryaah, Central America has the following countries:

Visa-free entry for Russian citizens has been opened in Nicaragua and Panama. 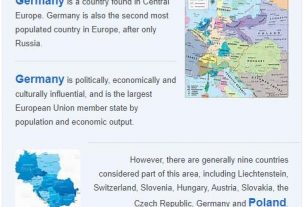 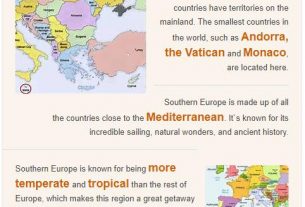 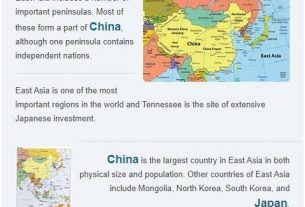