The word environmentalism refers to those social and community movements whose main cause is the protection and preservation of the environment.

These types of movements are usually also referred to as conservationism, green politics or environmentalism. This last term, however, should not be confused with the word ecology, which means ‘science that studies the environment’.

Environmentalism has been growing as the industrial park has grown, especially since the second half of the 20th century.

It has reached its peak since the 1970s, in the context of the oil crisis, when the contradictions between the development model and the sustainability of the contemporary lifestyle were revealed.

One of the issues that most concerns environmentalists today is the phenomenon of global warming.

Environmentalism encompasses a very broad spectrum of trends with different ideological or scientific foundations, so some of them are contrary to each other. For example, there is feminist, socialist, liberal environmentalism, etc.

According to Isaías Tubasura Acuña, this type of environmentalism is not really a belligerent group, since it has no ideological foundation or is structured around a group conscience or around an agenda.

It admits without major questions the era of technocratism and finds in eco-efficiency the most viable solution to the problems of industrialization. It approaches the discourse of sustainable development and human development proposed by radical environmentalism (see next subtitle).

It would therefore be an environmentalism that admits the need to be moderate in the use of natural resources, but without a clear diagnosis of the problem, a long-term solution project and a real commitment to action.

In this sense, some authors suggest that these movements may have an unscientific or resolutely unscientific aspect.

His criticism focuses on:

Within this current alternatives they have been proposed as promoting the sustainable development the human development and quality of life, whose scope is considered an act of social justice.

It focuses its concern on the protection of nature as an end in itself, so that all forms of life present in it have the same level of importance and should be equally protected.

In this way, biocentrist environmentalism is based on the cult of nature. Within this two important currents can be recognized: conservationism and deep ecology. 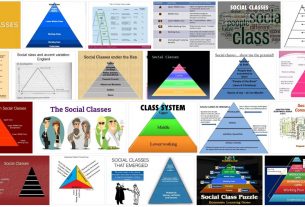