What is Legionnaires’ disease?

The older and weaker the affected person is, the more serious the symptoms are. If no treatment is started, legionellosis is also classified as life-threatening. See AbbreviationFinder for abbreviations related to Legionnaires’ Disease.

Legionnaires’ disease is a serious infection in the lungs caused by the bacterium Legionella pneumophila.

The symptoms are similar to those of pneumonia and are characterized by high fever, difficulty breathing and coughing. Treatment with antibiotics is required. It occurs around the world at any time of the year, but is particularly common in summer and autumn.

It is usually only recognized at a late stage, since it can easily be confused with classic pneumonia. In some countries of the world, the disease is notifiable. It is estimated that around six percent of all pneumonia is caused by the bacterium Legionella pneumophila. Pontiac fever is a weak variant of Legionnaires’ disease.

Legionnaires’ disease is a bacterial infection caused by Legionella pneumophila. These bacteria prefer fresh water that has a temperature between 20°C and 55°C. If the temperature exceeds 60°C, the germs die.

For an infection with Legionella pneumophila, the germ must be inhaled and enter the lungs through the nose or mouth. Thus, possible sources of infection are the shower, whirlpools, air conditioners, inhalers and humidifiers.

In this context it should be mentioned that the bacterium Legionella pneumophila can usually spread in the water pipes if the pipes are hardly used. If the warm water is in the water pipe for a long time, it offers an ideal medium for the spread of germs. Legionnaires’ disease can even spread in German gyms if the showers have not been used for a long time during the summer holidays.

Direct transmission of the pathogen from an infected person to a healthy person is unknown. Once in the lungs, the germs multiply in the monocytes, which are a special form of white blood cells. It can take up to ten days for Legionnaires’ disease to break out.

Legionnaires’ disease can cause very different symptoms. This depends on the amount and type of legionella and the other condition of the person affected. Immunocompromised people, children and the elderly are generally more susceptible to the symptoms of Legionnaires’ disease. In any case, the symptoms are to be classified as threatening, but easily treatable.

After a short incubation period of around two to ten days, the disease then develops suddenly and violently. The symptoms can vary greatly, but are usually reminiscent of the flu. There is a very high fever, sometimes over 40 degrees, chills, muscle pain and general malaise. This is accompanied by pain or an uncomfortable feeling in the chest area. Signs of the developing lung infection are the dry cough ] and the pain.

In the further course, there is a cough with sputum, which can also contain blood. The pneumonia spreads accordingly and shortness of breath, circulatory problems, nausea and vomiting occur. In addition, the physical strain can lead to neurological deficits (temporary stepping away, movement problems, etc.).

The older and weaker the affected person is, the more serious the symptoms are. If no treatment is started, legionellosis is also classified as life-threatening.

Legionnaires’ disease is diagnosed by detecting the pathogen using a urine sample. The urine is analyzed for certain proteins that are only present in a legionella infection. A sample from the lungs or throat can also provide information about an infection.

If the diagnosis is made early, the disease will take an unproblematic course. If not recognized and left untreated, it can be fatal in immunocompromised and elderly people with a 20% chance. If the bacteria have only triggered Pontiac fever, those affected recover within five days without medical care.

Complications occur primarily in severe legionellosis. Entry of the pathogens via the respiratory tract can lead to a lung abscess, a pus-filled necrotic (dead) area in the lungs. This requires medical treatment. If the abscess does not heal completely, a drain must be surgically placed or the focus removed.

Furthermore, pleural effusions occur, whereby the amount of liquid in the sliding gap between the lung and pleura increases and leads to difficult breathing. If an effusion does not completely recede, it can lead to adhesions that restrict respiratory function. In the most severe cases, legionellosis bacteria cause respiratory failure.

The external respiration becomes so weak that the lung function almost succumbs. This requires immediate mechanical respiratory support. The pathogens often settle on the heart muscle (myocardium) or the heart sac (pericardium) when the heart is under too much strain during the disease. This leads to inflammation of the respective tissues.

Another serious complication that Legionnaires’ disease bacteria can cause is acute kidney failure. Here, the function of the kidneys is suddenly reduced and the urine output is reduced or almost completely eliminated. If suspected, immediate hospitalization is required. Left untreated, legionellosis has a mortality rate of five to ten percent.

If high fever, dry cough and other signs of Legionnaires’ disease are noticed, a doctor should be consulted. Other warning signs that need to be clarified are a runny nose, joint and muscle pain and symptoms of pulmonary or laryngitis. Gastrointestinal symptoms such as nausea, vomiting and diarrhea are also characteristic of the disease. In some patients, encephalitis develops, which manifests itself, among other things, by weakness and confusion. If these signs of illness appear, medical advice must be obtained or, in the case of encephalitis, the person concerned must be taken to the hospital.

Weak breathing or kidney failure are serious complications that also need immediate attention. If the urinary excretion is disturbed, it is best to consult the family doctor. People who regularly come into contact with polluted water at work are particularly susceptible to Legionnaires’ disease. Small children and old or weakened people also belong to the risk groups and should have the described symptoms clarified immediately. In addition to the general practitioner, the internist, an ENT doctor or a pulmonary specialist can be consulted.

Legionnaires’ disease or legionellosis should be treated by a doctor as early as possible. Ideally, therapy begins as soon as a bacterial infection is suspected. An antibiotic is prescribed for a period of 14 days. This inhibits the growth of bacteria and kills the pathogens.

Since the bacterium Legionella is very resistant, choosing the right antibiotic is crucial. Drugs containing the active ingredient erythromycin have proven to be particularly successful. It may also be useful to take other medications to treat symptoms. People whose immune system is particularly weak should carry out drug therapy for at least three weeks. The strength of the antibiotic depends on the severity and course of Legionnaires’ disease.

In particularly severe cases, a combination of antibiotics can also be used. This is often given as an infusion in the first few days of treatment. If there is only Pontiac fever due to an infection with the bacterium Legionella, treatment with an antibiotic is not necessary. Drugs are usually only prescribed to treat symptoms. Compared to common pneumonia, penicillin does not help kill the bacterium Legionella and is therefore not used to treat Legionnaires’ disease.

Illness is possible anywhere in the world. Legionnaires’ disease also occurs in industrialized countries. The hot water supply system is usually responsible for this. This is where harmful bacteria accumulate. The typical complaints are often not assigned correctly. Doctors therefore assume a high number of unreported cases.

Legionnaires’ disease usually progresses well in previously healthy people. According to scientific surveys, only a fraction of those infected die. Many of them even do not perceive any complaints. The prognosis is different for older people over the age of 50 and those with a weak immune system. Experts assume that the risk is significantly higher for them. More than two thirds with previous heart or lung diseases die from infection.

Antibiotics are available as a therapeutic agent. This works well, which means a favorable prognosis if treatment is started in good time. An illness lasts only a few days. No complaints remain. Corresponding antibodies can be detected in the blood. However, these disappear after a short time. This makes it possible to become infected again. Immunity does not build up.

The preventive measures against Legionnaires’ disease or Legionellosis focus on avoiding the possible routes of infection. When staying in a hotel, it is advisable to drain the hot water for a few minutes. The bath should be left during this time so as not to inhale the first water vapor. Most bacteria hide in it.

Public hot tubs should be avoided. In your own four walls, hot water systems and air conditioning should be professionally installed and constantly maintained. Inhalers and humidifiers must be constantly disinfected and cleaned to prevent Legionnaires’ disease.

The type of aftercare depends on the course of Legionnaires’ disease. The disease usually heals completely. Then no complaints remain. Scheduled examinations are out of the question because no further consequences are to be expected from the original disease. However, preventive measures are suitable for follow-up care.

The doctor provides any information as part of the therapy. Patients should be aware of possible infestation in the hot water systems and take appropriate protective measures. The responsibility for the implementation of the medical instructions falls within the area of ​​responsibility of the patient. Legionnaires’ disease can also be severe or even fatal.

If the patient survives such an illness, consequential damage such as restricted lung function sometimes remains. Aftercare then provides ways and means to spend a symptom-free everyday life. Depending on the extent of the signs, therapies and doctor’s appointments are necessary. A rhythm is agreed between doctor and patient. Drug treatment is not uncommon.

Basically, people with a weakened immune system are much more susceptible to an illness. They also have a significantly increased risk of long-term symptoms. The follow-up care is comparatively intensive for them due to the existing pre-existing conditions. Complications can be fatal for them.

In a healthy person with an intact immune system, an infection with the bacterial strain Legionella often only causes minor symptoms. This can manifest itself, for example, in fever (Pontiac fever) and usually does not need to be treated. In most cases, the infection will go away on its own. You should take it easy on yourself until the fever has subsided.

However, if Legionella causes pneumonia in a patient, therapy must be started as soon as possible, since the infection can be life-threatening for the chronically ill and the elderly. A doctor’s consultation is essential in this case. Antibiotic therapy should be started as soon as possible, since self-help is no longer possible. In severe cases, the drugs are initially administered as an infusion. During the period of taking antibiotics, it is important to take the medication exactly as directed by the doctor. You should pay attention to your body’s signals during this time, take care of yourself and stay in bed.

After you have finished taking antibiotics, it may make sense to take medication to cleanse the intestines, since the therapy could have damaged the intestinal flora. To avoid re-infection, the source of Legionella infection should be eliminated. 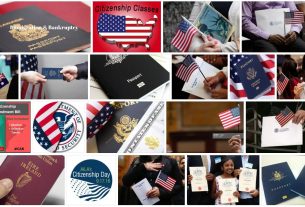 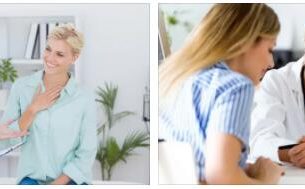 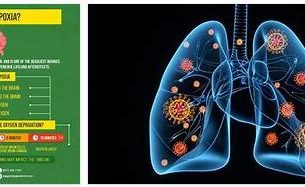